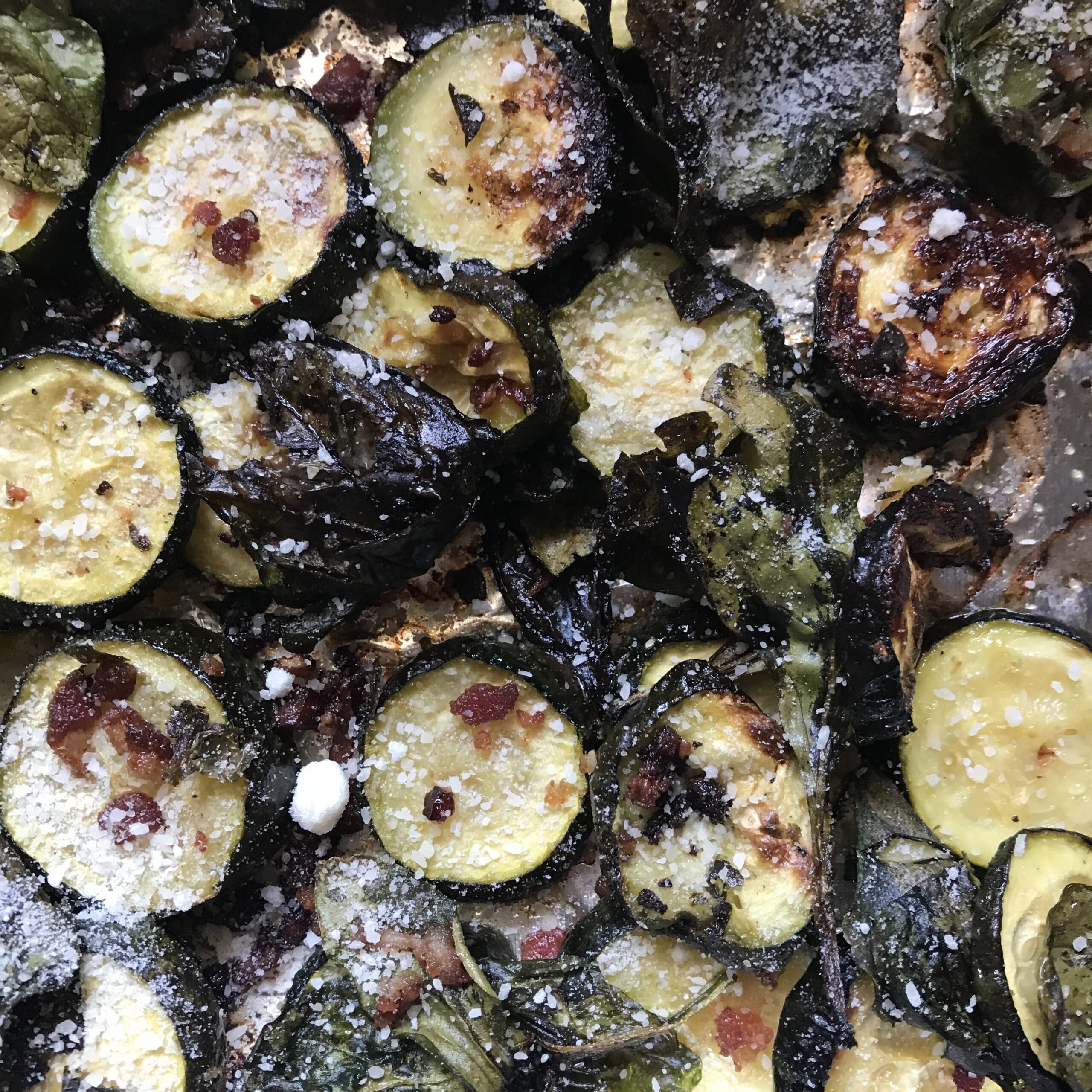 Get in my Belly

I hate meal prep, and rarely do it, but last night found me an abundance of unused, sliced veggies. Thus, the most amazing, easiest, accidental meal prep ever:

2 tbsps of bacon bits (or a couple strips cut up)

Toss with olive oil, white whine vinegar, salt and pepper to taste. Finally, sprinkle it with Parmesan cheese and throw it in the oven for about 40 minutes (or less for less char) at 425. The whole plate has about 200 calories, and it’s as easy and painless as the recipe makes it seem. Not to mention I threw what I couldn’t finish into some TJ’s pizsa sauce so my veggie-phobic children wouldn’t know they were – gasp – eating something healthy. Enjoy!

The Best Darn Cheesecake You’ll Ever Have