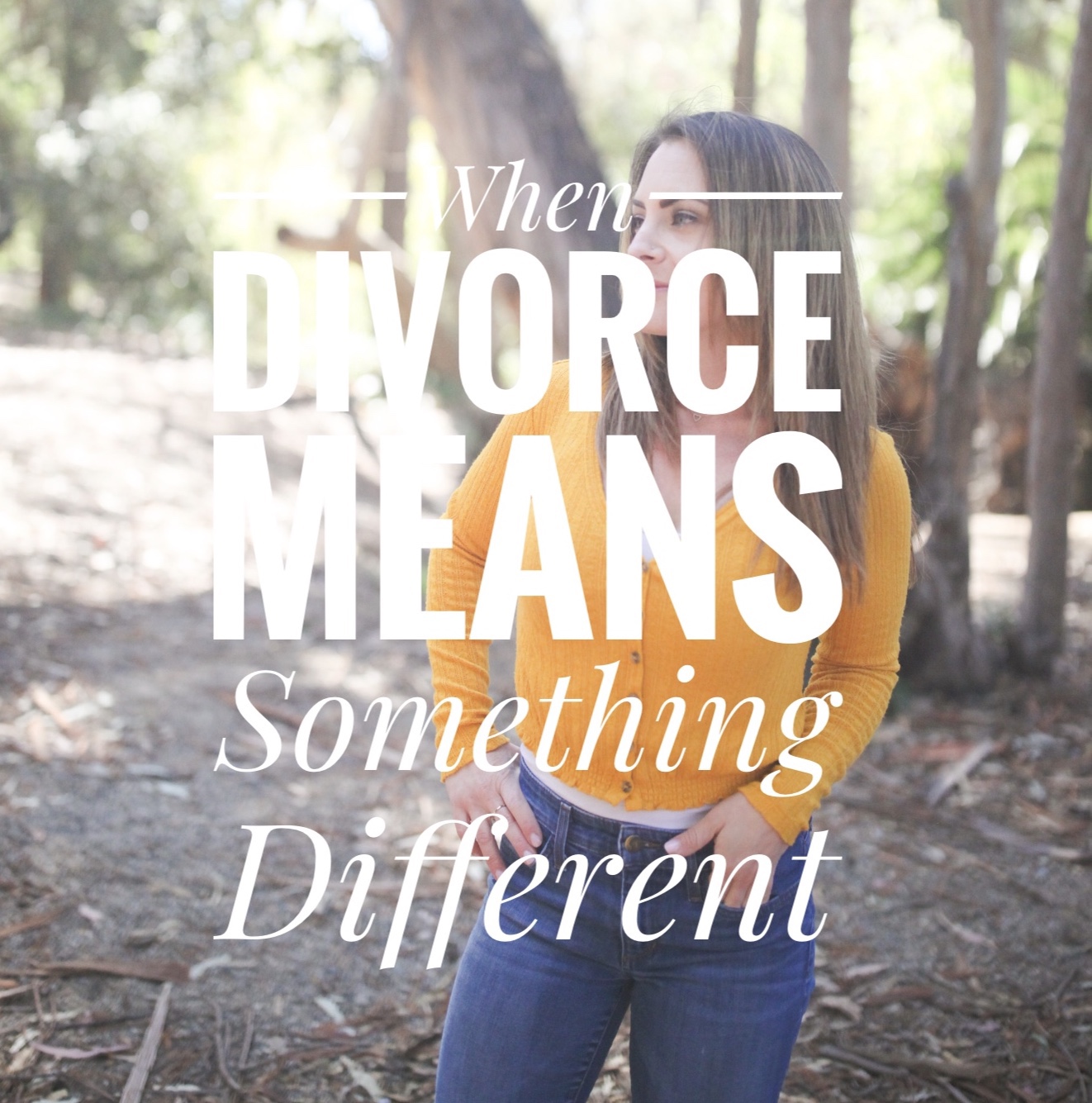 When Divorce Means Something Different

Not long ago I shared a post entitled When Death Means Something Different, and in it I explain how the loss of my father was vastly different than my mother’s death. He had been a tortured addict for decades, and this was his chance at finding a peace he couldn’t experience in life. But my grander point in that post was that with each situation in life, the greatest factor in our ability to cope becomes perspective.

It is with this perspective that I approach this newest piece. Societally, divorce has been said to induce the same sort of grief as death. It surely did that for my mom, who had been left by my father just as I was born. Dad abandoned us for a new life that was seemingly less complicated. Meanwhile, Mom’s new path was tainted by divorce from the get-go because for her it symbolized failure, heartbreak, and a loss of control.

My divorce has meant something much different though. I never intended to be divorced, but I also never intended to be unhappily married. In our marriage we had created habits that were detrimental to each other and to our children’s development, that much I could see as they got older. It seemed to only promote pieces of the cycle that I had escaped from before. Thus, with divorce we have found the space to curate balance and peace for our children, a calmer home life overall. With our separation and consequent divorce, our children have flourished in many ways. And through divorce I have found self-respect and an increased happiness that became impossible within the confines of our relationship habits.

Of course, it has not been without complication, but nothing largely transformative is ever terribly easy. So, to me, divorce does not have to equate to grief. Nothing automatically does. If we choose to allow it, divorce can equate to advocacy and hope. Almost anything can. It’s simply all about perspective.

The Art of Saying ‘No’