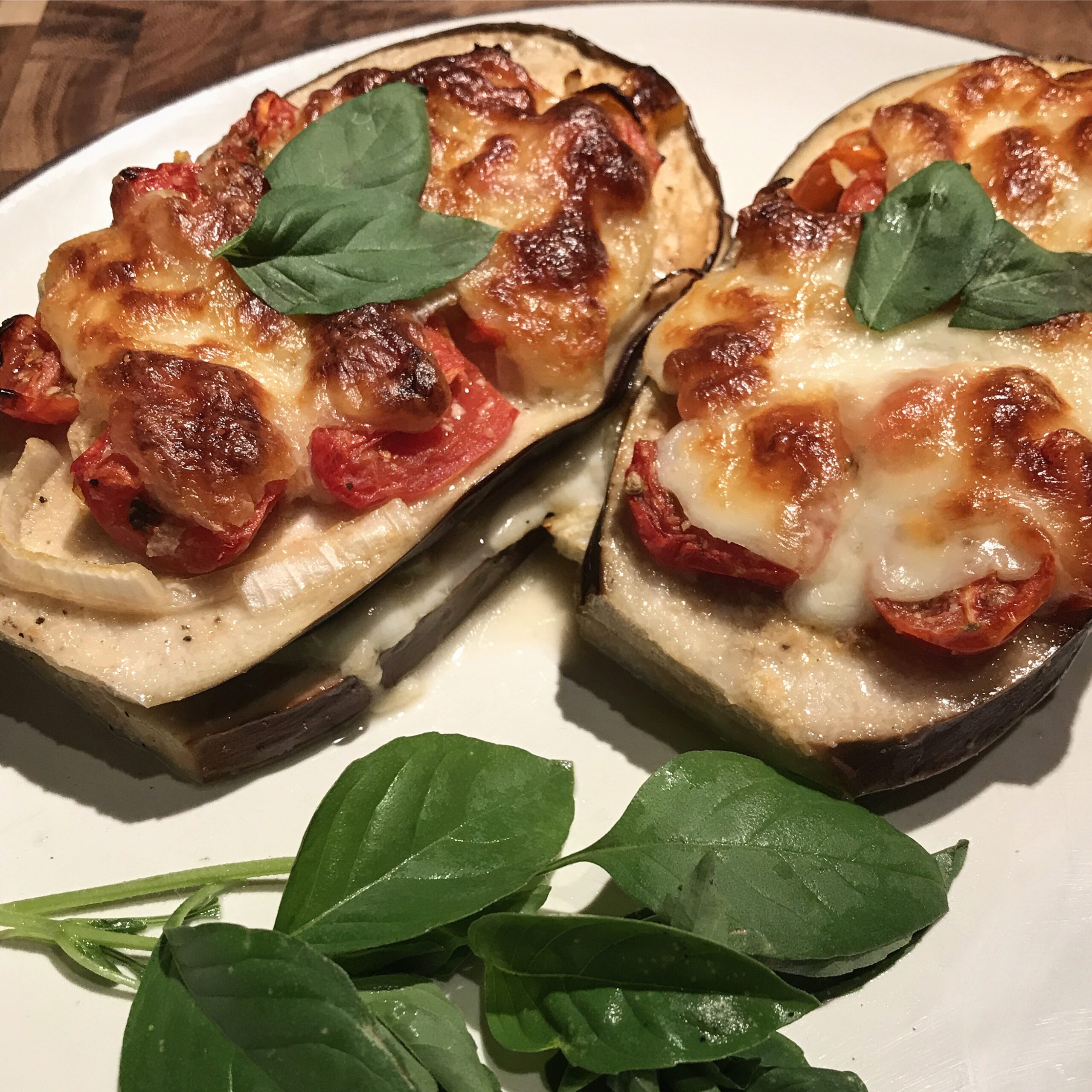 I recently found myself amidst a very stale routine. After spending the day doing various errands or going to classes with my son, I would pick up my daughter from school and allow her to plop onto the couch the second we got home. She would remain there for quite some time while I tended to her brother, cooked dinner, and waited for Daddy to get home. Of course, she’d take bathroom breaks and occasional toy breaks, but television had become her main source of entertainment.

Then, at the beginning of May, I ran through my daughter’s school papers and noticed that the monthly lessons would be devoted to learning about and growing plants. After her first day of garden-centric lessons, I watched her large eyes glow while she regaled me with what she had learned at school that day. She was physically within the confines of her car seat, but in her mind she was tending to a beautiful garden with her newly green thumb. 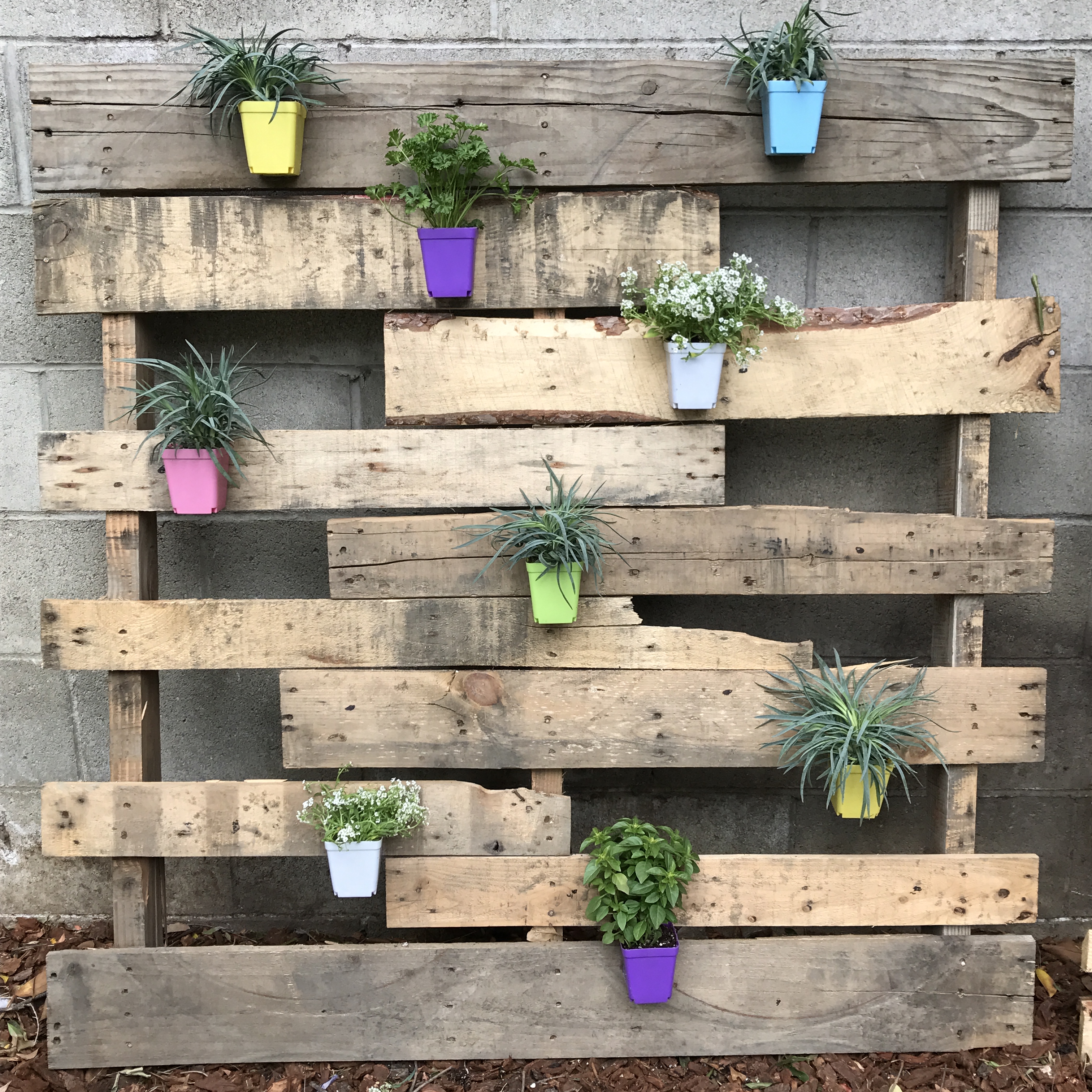 So, instead of heading home to our big, old couch, we went straight to a local hardware store to buy some seeds and plants.  Charlotte picked out pots and apparatus galore – she was thinking big. I soon realized I’d have to hit up the internet for more kid-friendly gardening solutions than our tiny, local hardware store. On to Amazon and E-bay! Before I knew it, my pre-school aged daughter was planning dinners she’d make with the foods she wanted to grow. We went a little crazy, and decided we’d have to upgrade some of our plans. I ended up buying her (and I) early birthday presents: matching kitchen knives (okay, so NOT matching, but in her almost four year old mind, she’s got legit knives now: Mommy’s Knives // Kids’ Knives ). For anyone who has a little one that’s interested in cooking, these ^ kids’ knives are a MUST. #mommyisinheaven 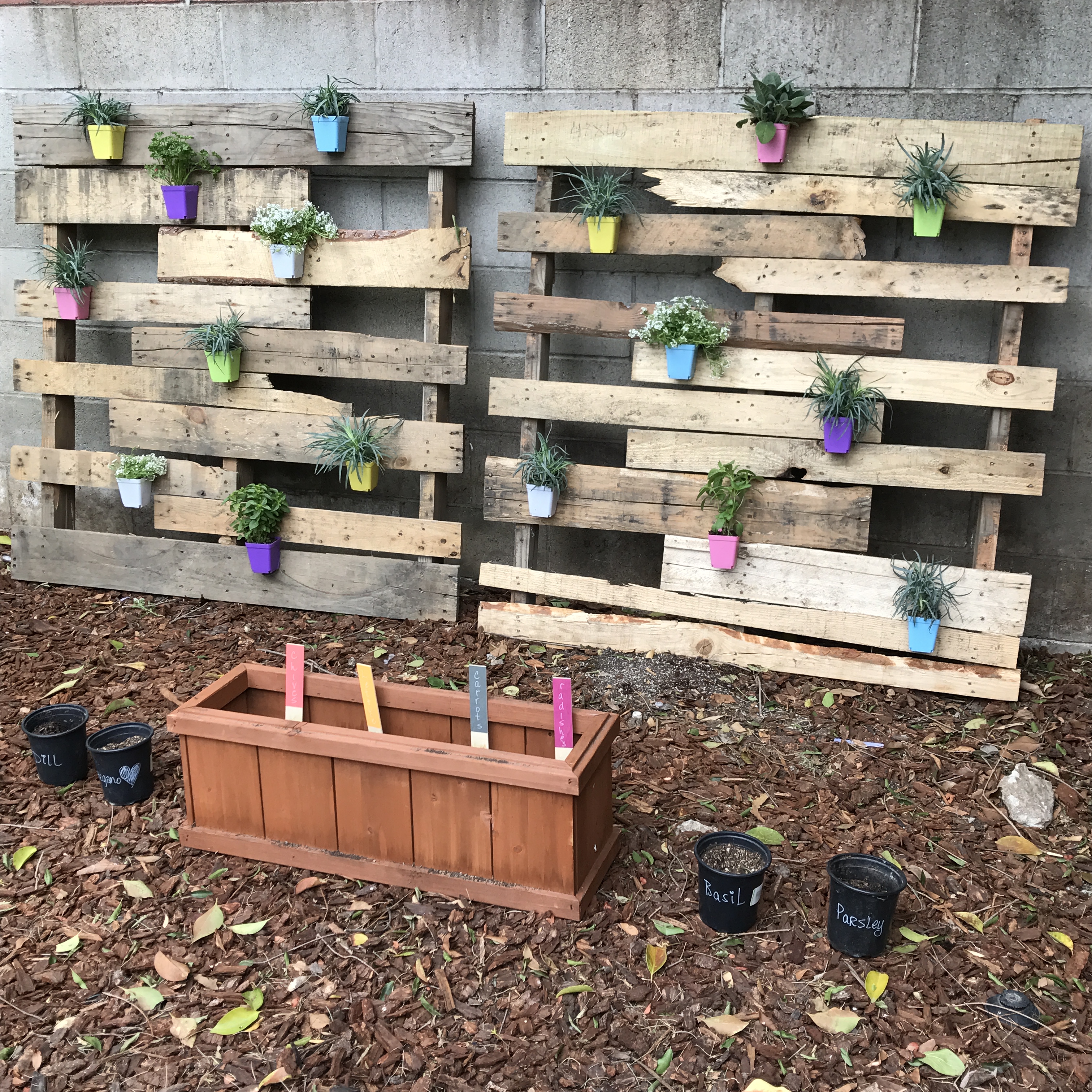 Since then, our new daily post-school routine has been to go outside and water. Then we harvest the freshest ingredients right off of the vine, and bring them inside to include them in our dinner. For now, we’re only working with homegrown herbs. But, soon enough, Charlotte will see the fruits of her labor (or mostly veggies, rather), and have tons of healthy, fresh foods to choose from every afternoon. Quite obviously, a much healthier habit than gluing her tush to the couch and her eyes to the TV.

With that said, the first recipe we’re sharing from our garden is a delicious, light take on Eggplant Parmesan. The tomatoes and basil were harvested from our backyard, but the organic eggplant and mozzarella were both sourced locally. 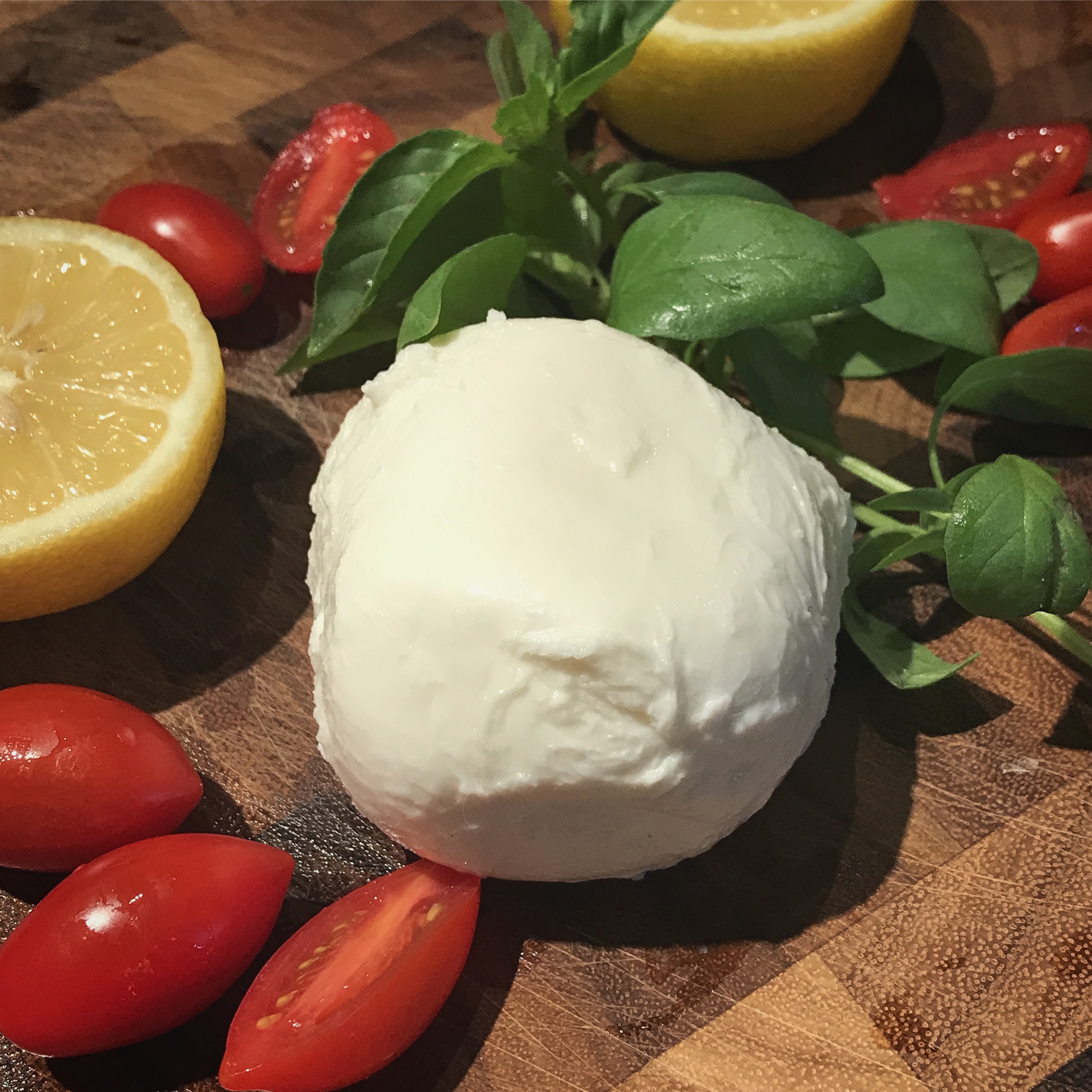 1 eggplant (sliced into steaks around 1/4″ thick)

Mince garlic. Slice eggplant into steaks, toss in olive oil & white wine vinegar to coat. Add as much salt and pepper as you prefer, as well as half the garlic. Chop tomatoes and onions, toss in a bag with olive oil, white wine, dry oregano, second half of garlic, and salt/pepper. Allow both mixtures to marinade in the refrigerator (quickest meal prep ever)!

When you’re ready to bake, lay eggplant steaks in single layer on a roasting pan. Bake them in the oven at 450 for 25 minutes, then take them out and top them with the tomato/onion mixture and (one to) two slices of mozzarella cheese. Lower the oven temperature to 425 and make for twenty more minutes, or until the cheese is brown and bubbly. To serve, place one steak on top of the other, top with basil leaves, and enjoy! 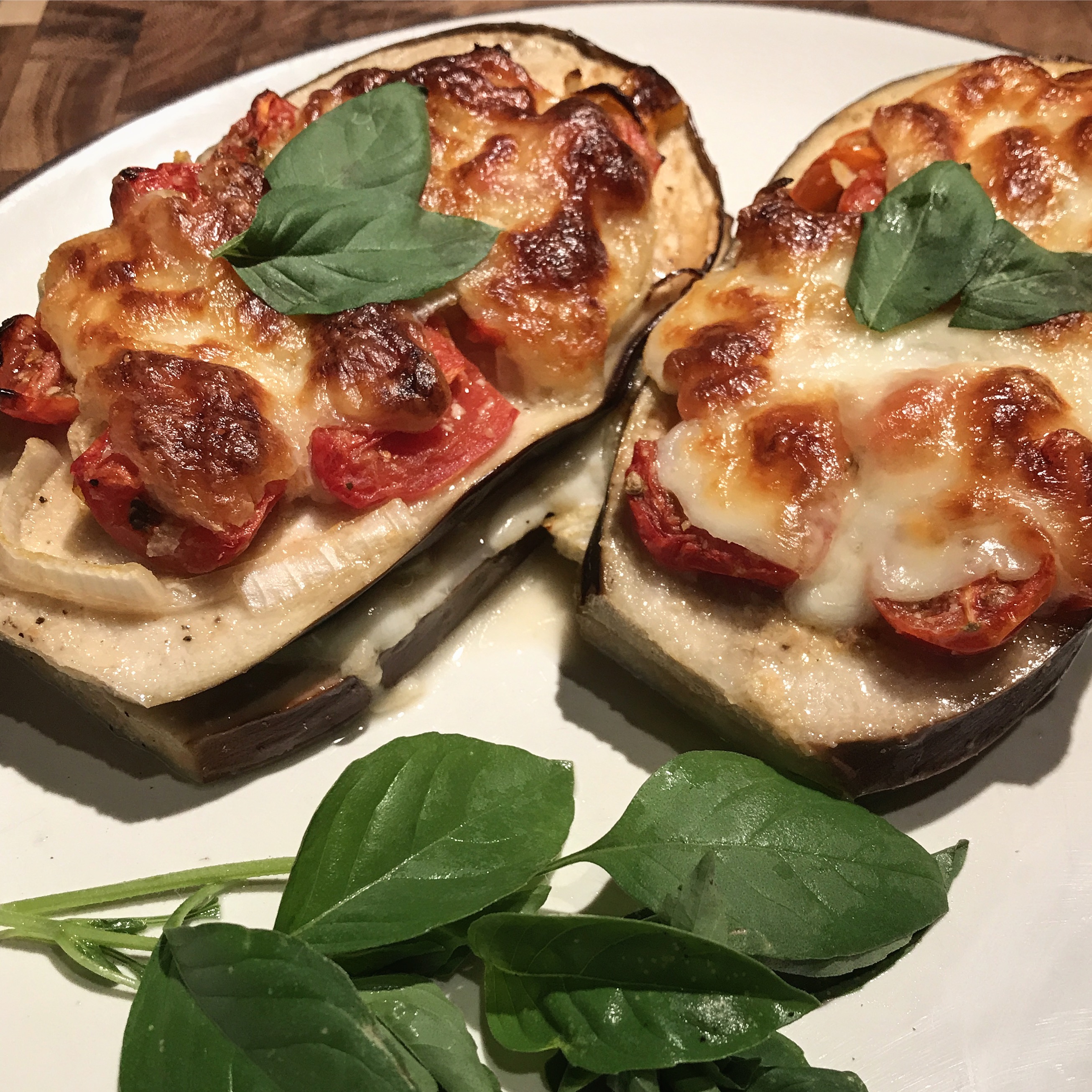 The Best Darn Cheesecake You’ll Ever Have