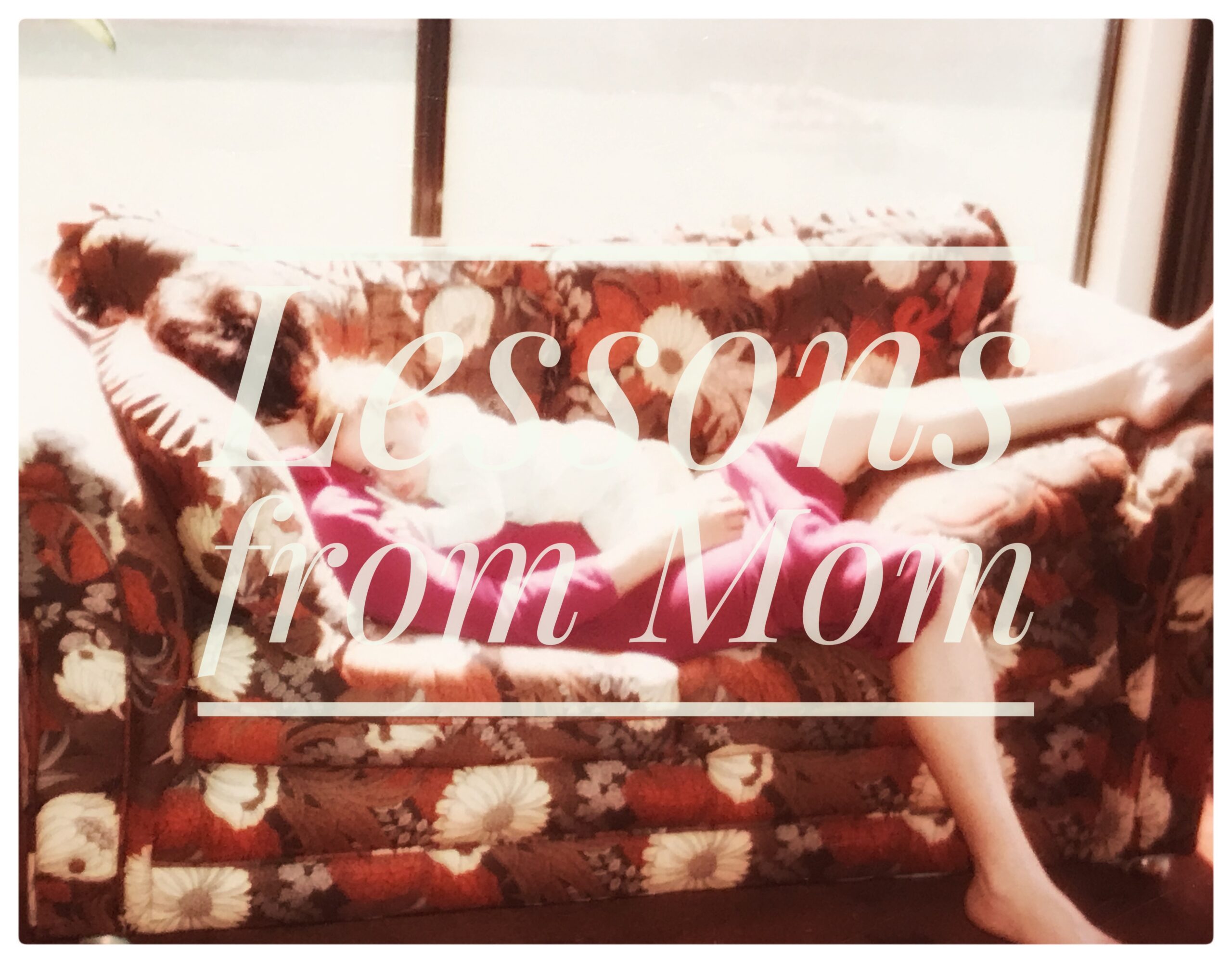 “There are things our parents choose to do that stay with us forever. These actions, good or bad, teach us the lessons we carry into adulthood and especially parenthood.

Like the time my older brother found a wallet filled to the brim with cash. I was four and he was seven, but as children of a single mother in the eighties, we already knew the value of a dollar; Mom was never one to shelter us from our reality. I remember my brother handing her the leather square in the narrow aisles of a pharmacy. Mom had just tearfully admitted to the clerk she had only enough money for one antibiotic regimen, but two sick children. After she grew a bit sharp with her tongue, as she sometimes did, she was given back the prescription slip and turned away. Only moments later the Universe delivered her a wallet full of money.

I remember Mom looking around, then stuffing it deep underneath her arm in one swift movement. When we arrived home, she unearthed it from her purse, then began counting out the bills onto our hand-me-down coffee table. When she finished at just over a thousand dollars, she pulled out the Driver’s License within the plastic protectant and picked up the phone beside her. We waited with baited breath, unsure of what her next move would be.

“Operator? Yes. Can I please be connected with a ———– from Studio City?”

Moments later she was chatting with a very worried man who wanted to know the whereabouts of his wallet and missing mortgage payment. She offered him her work address and told him to pick it up the next day, but not before confirming how much dough he expected to be returned to him.

When she had replaced the receiver in its plastic cradle, my brother asked, “Why didn’t you return the wallet to the pharmacy if you weren’t going to take any of the money yourself?” To which she replied, “I don’t know if they would have returned it with everything inside. But, I knew I would. I don’t take what’s not mine, because that would be assuming we need it more.”

And at a very young age of four, I learned what my mom’s credo was: honesty must come before anything, including my own needs.

Speaking of Mom’s honesty, I’ll admit it wasn’t always my favorite. She had little filter, and people were often made uncomfortable by her. For example, she once wrote a letter that would be read to my entire sorority at a graduation-related event, which she knew when set out to write it. Despite this, she described in the note how I matured early, as well as that by the age of five, was already concerned whether I’d “get my period by college or not.” See? You’re uncomfortable. So, yeah, I didn’t always enjoy her openness.

But if Mom’s actions taught me anything it’s that the world needs honesty, even if people have trouble digesting it. There was the time she beat me to picking up the phone, and Corey Feldman was on the other line. At the age of seventeen I began running his website, and over the next four years would help him a great deal with local appearances. But, in this moment, he was my boss, and Mom was my very uncool parent who I obviously still lived with.

When Mom realized the gruff voice on the other end belonged to Corey, she was thrilled. She cooed,”Hey Corey! We actually just finished watching one of your films.” She hit the speaker phone and winked at me playfully.

“Amy? What was it called?” Meanwhile, I have turned a ripe shade of red and was silently begging for the phone. But I whisper my reply nonetheless, “Edge of Honor.” She repeats me, and for a moment things seem O.K. because, hey, she hasn’t embarrassed me. It’s a miracle! Then she concludes, “You looked really drugged out in it.”

My heart fell into my stomach, and I instantly tasted bile. I held my breath as my recently exciting social life flashed before my eyes.

Corey waited a few beats. Finally, he replied, “Well, that’s because I was.” And with that, the floodgate opened. He talked about his difficult childhood and former addictions, and Mom listened. Just before Mom finally disengaged the speaker and handed me the phone, Corey asked her to attend an anniversary screening of The Goonies as his date. Much of the cast would be there, and he was inviting her to sit with them.

And, in all my years as one of Corey’s assistants, this would be the most Corey ever opened up. Thus, driving home Mom’s point that transparency is the most healing policy.

Mom’s emphasis on honesty was the most recurring lesson I ever received from her, and I suppose it is what led me to this point. To being a mother that strives to create children who are fair and thoughtful. And to pursuing a career that is intended to inspire mental health and a more accepting world. But, every parent leaves their children with indelible memories that turn into life lessons.

To listen to this via Podcast, click here, but please pardon my opening night jitters.

20 Things Every Mother Does (but Doesn’t Want to Admit) – as seen on elephantjournal.com