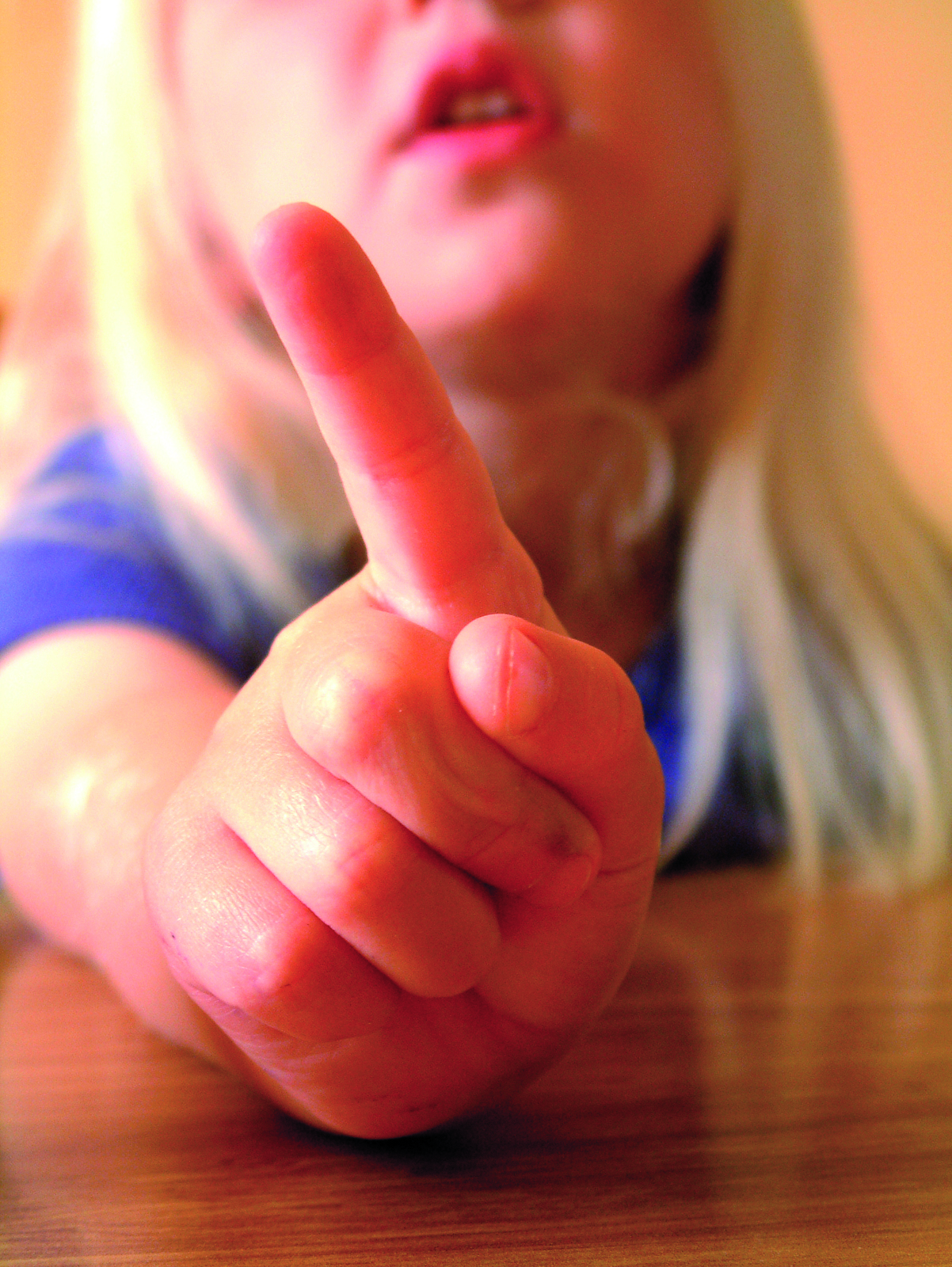 The Art of Saying ‘No’

I am inherently a people pleaser. I grew up in a home full of tumult and imbalance, so I did what I had to do to survive – I made sure everyone else was happy so my environment could remain as calm as possible.

As an adult, I’ve had to learn the incredibly difficult task of preserving my happiness instead of planning my actions around everyone else’s requests. In short, I’ve learned to say “No.” And I’m proud of it.

But now, as a new mother, I’m being told that saying “no” is a huge no-no. At a play date a while back, I caught my daughter shoving something in her mouth that didn’t belong there. I sternly said, “No.” Just before I could continue with “that doesn’t belong in your mouth. It’s dangerous,” the other mother gasped. “You tell her… No!?” Um, yeah. I tell her no. When she’s doing something that she’s not supposed to, she should learn that it’s wrong.

The play date then took a swift turn and the conversation led to all of the things that “THEY” say. Gotta love the nameless and faceless crowd that tells us all what to do. They are infinitely smart and nowadays, they’re telling us that saying the word “no” to your child is unacceptable.

Once the play date ended, I hopped right onto Google, and sure enough… Tons of websites were boasting articles telling me that we can’t tell our kids no. It stunts their vocabulary. It makes them feel belittled. That the average toddler hears “No” up to 400 times a day. Apparently, it’s just an all-around bad, no good approach to parenting. And since this play date, I’ve been told by numerous mothers that they too don’t use the word “no.”

I was stumped. They say that all children need firm boundaries. But “no,” the most common boundary-forming word, is off limits. I dug deep to understand this parenting philosophy. During my quest, I found an article that even suggested replacing “No, you can’t have candy before dinner,” with “Yes, you can have candy after dinner.”

Thats when I stopped. You know what? Screw that. No, my kid can’t have any $@?!ing candy. And I’m OK with being the bad guy if it means saving my daughter’s teeth. Of course I’ll explain the reasoning behind my reply, but that won’t make her one year old mind understand it any better.

But that’s the real trick – saying “no” properly. Because the word itself can’t be evil. How harmless could a measly N and O be? The danger behind “n-o” is not explaining your reasoning. If you end your sentence after just that one word, you’re becoming the “Because I Said So” parent. And we all know that benefits neither you nor your child. So, I propose giving them your reasoning, and ending it there (or after as many “Why?”s as you can handle)… But please, don’t feel bad for starting your sentence with “No.”

In the end, we all know that the Universe doesn’t always say yes. Sometimes opportunities are lost, windows are shut; it’s inevitable that our children will face rejection. Just think: one day our children will be adults and adult-sized temper tantrums are neither attractive nor charming. In my opinion, (and that’s all it is) children should be able to properly digest the notion of “No.” As a result they will either learn to accept the boundaries, or choose a different avenue to achieve their goal. No matter how your child reacts, they’re learning valuable lessons that few other words could teach them. So, they may say not to say “No,” but I say that perhaps it’s just about learning the art of saying it properly.

When Divorce Means Something Different

The Bend and Snap