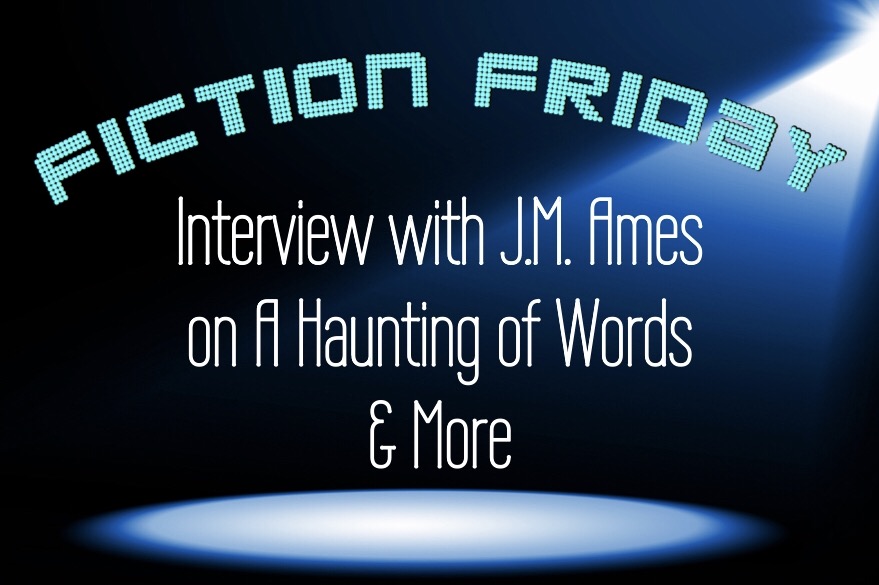 Fiction Friday: Interview with J.M. Ames from A Haunting of Words

July 14, 2017
As much as writing has been a large portion of my life since as early as I can remember, the non-fiction genre is a realm I only entered in my mid-twenties. Fiction has always possessed a large portion of my heart. So, today I begin what will be an irregular series I’m (fittingly) calling, Fiction Friday.

“A good story is always more dazzling than a broken piece of truth.” – Diane Setterfield, The Thirteenth Tale

I’m starting by interviewing J.M. Ames, a fellow Southern California based author who was featured in the thrilling anthology, A Haunting of Words. AHOW (as the collection is endearingly called by the related contributing writers’ group, Fiction Writing) contains thirty stories that have varied genres, with one thing in common: epic haunting. AHOW is the third installment in the Of Words series, and the second that J.M. Ames‘s work has appeared in. 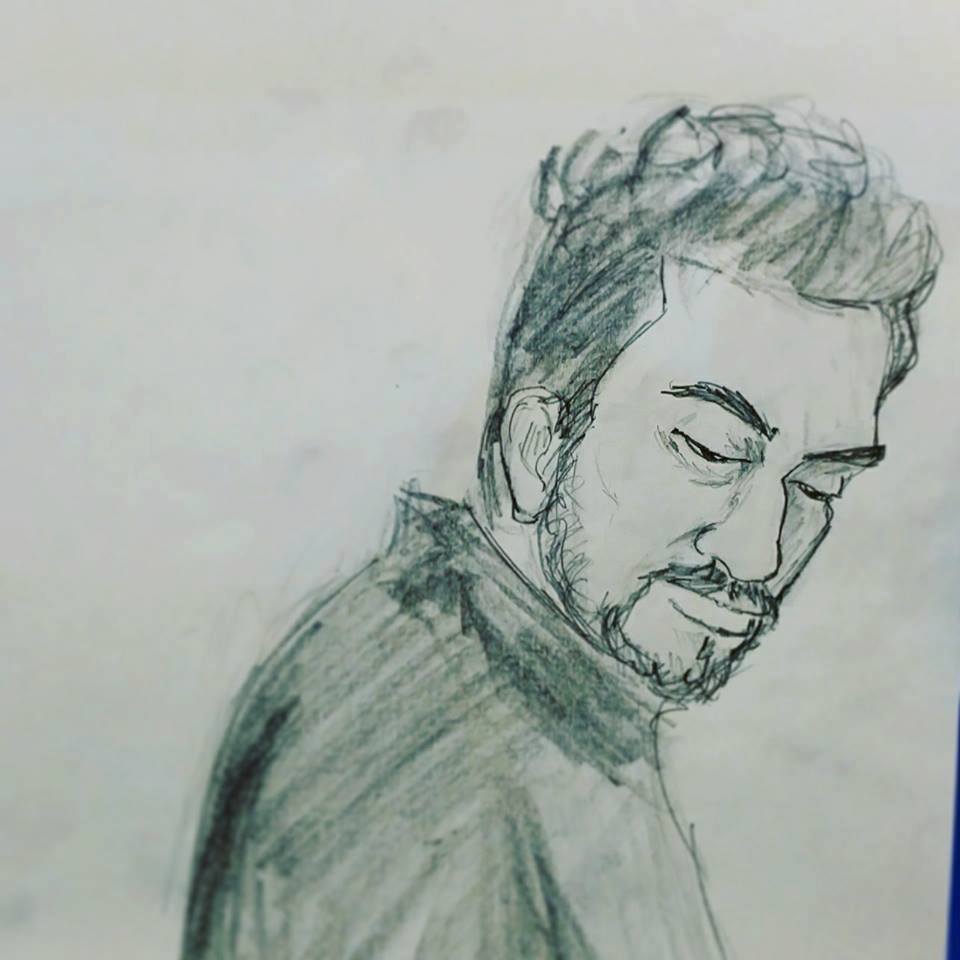 Amy: Hi, J.M. Thanks for taking the time to talk with my readers and me. Let’s just dive right in. Tell us about your story that appears in AHOW, and what drove you to write it.

J.M.: “Only the Dead Go Free” is about Wendy Sigler and her teenage daughter Fiona, fleeing Wendy’s abusive boyfriend Earl into an abandoned, family-owned cabin in the woods. What she discovers residing there ends up being far worse than what they are fleeing.

I’ve had an idea for a ghost story rolling around in my head for a while now. Somewhat different than this one, but similar elements such as the cabin in the woods, 1970s era, the MC named Wendy and many of her traits, and more I won’t get into (spoilers). Brian Paone and I often talk about music, and discuss his genre of choice – Rock Fiction – which is stories based on a particular song or album. I had played around with that a bit, but hadn’t made a serious effort. I knew Brian sang for numerous bands, and that one of them – Transpose– was more my style of music. I searched through their catalog, and found “Only the Dead Go Free”. After listening to it several times, and reading the lyrics, the story just formed in my head. While the setting and theme are pulled from my other story, many of the scenes are based on the lyrics of the song. The lyrics also tie in heavily with the theme I already had in mind. It was a perfect fit. I just hope the story lived up to the 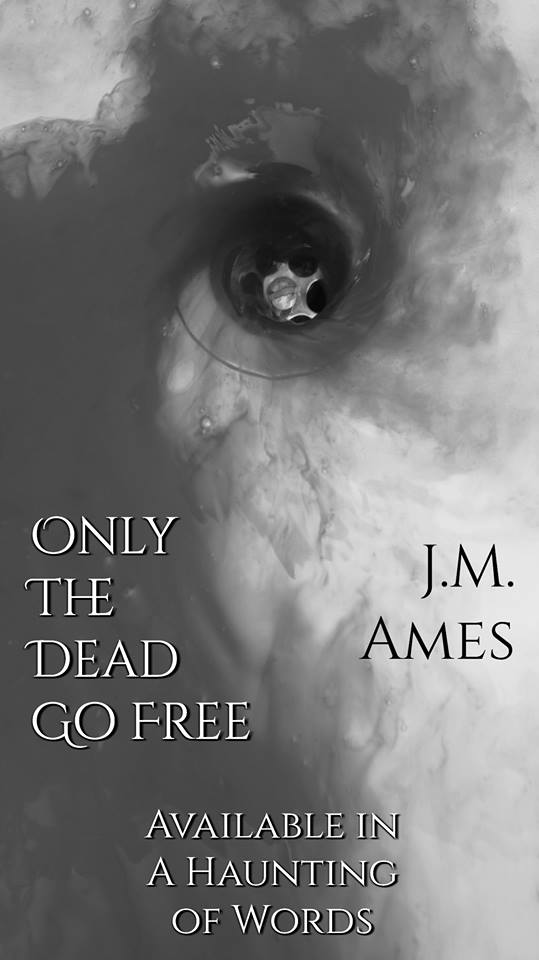 Amy: What do you hope readers will gain from “Only the Dead Go Free?”

J.M.: Aside from feeling gutted by the story, there is an underlying theme – one I do not beat the readers over head with. Regret. Wendy made a lot of mistakes in her life, and in the end those mistakes caused serious damage to her only daughter. We’re all human, we all make mistakes. Sometimes, those mistakes can have dire consequences not only to ourselves, but to those we love. If Wendy had put more thought into her actions and not been so motivated by her id, things would have likely not been so tragic for her.

Amy: What other stories did you enjoy the most in AHOW, and why?

J.M.: I have to be honest, I’ve only read the first nine stories to completion, and am partly through the tenth. “Anesthetize” by Brian Paone was good, left me with a sickening feeling in my gut, and I actually needed to go for a walk after. “Rowdy” by Dr. Wendy Vogel hit home in a couple of ways – the subject matter is the same as my A Journey of Words story, “The Last Ride”, and we have very recently experienced it again in our home. Left a lump in my throat. “If It’s Not Okay, It’s Not the End” by Travis West is a wild adventure across the country, features a musical hero of mine, and was a poignant love story at it’s heart that left me both sad and happy. D.L. Smith-Lee‘s “Knock, Knock” has a very much old-school, Rod Serling era Twilight Zone feel to it, and I love those shows. “Gunpowder & Wool” really pulled me into the scenes. Kari Holloway‘s wording created strong imagery in my mind so that it played out like a movie. So far, I am really liking Laurie Gardiner‘s “Thief,” but I’ve not finished it yet. 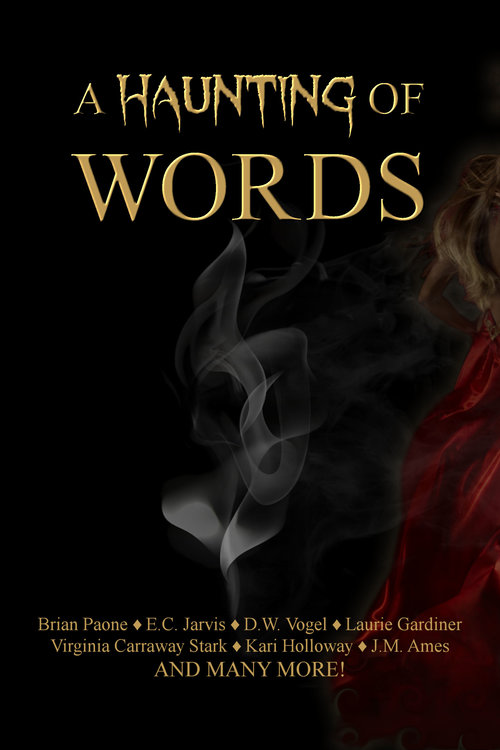 Amy: I am so looking forward to finishing the stories myself, although at the moment a clear favorite of mine would be the very compelling “Widower’s Choice” by Virginia Carraway Stark.  On a related note, I notice that, although you write across all genres, the bulk of your work remains to be in short story format. Can you share about any full-length, solo projects you may be working on?

I originally starting writing to get an epic adventure I’ve been researching and designing in my head for almost 20 years out. The plan was to do a few shorts to sharpen my skills before diving in. I’ve learned that I have quite a bit yet to learn, so the shorts have kind of taken over. That being said, I am not writing any new stories now, just getting out the ones I already have planned, starting with shorts and working my way up. Of the non-flash, non-shorts I have in queue, in order of length:

Phil: This one is an oddball, a challenge given to me by a childhood friend – also the very first piece I tried to write seriously. Melissa Brown runs a struggling beauty salon in Cambria, California. A chance encounter with a strange man and his gift of what appears to be an ordinary houseplant will change the fate of Melissa, and all those who work with her. Letters: A man in the 1980’s purchases an antique file cabinet at an estate sale of a recently deceased, elderly German man. The World War II era letters he finds inside detail a twisted tale of love and war, betrayal and refuge. Novel: Ursa Major. Takes place in Southern California, from the early 1980s through 2020s. While coping with the recent mysterious deaths of multiple childhood friends, a middle-aged man begins exploring his past, only to uncover it may be much darker and unearthly than he ever imagined. Most scenes in Huntington Beach, Big Bear, and Los Angeles.

5 Novel Series: Destiny Reborn: Set in a sparsely-populated, Earth-like world, one with some stark differences. A group of friends uncover something that appears to challenge all that is known about their world, and set off on a quest to uncover the true meaning of it. They get that answer after traversing the entire continent at the end of Book One, only to discover another major piece of the puzzle, which sends them to another continent. This goes on through five continents, until all five of the pieces are revealed, and the planet’s true past is as well. Each part of the puzzle resides on a different continent and in a different book.

Fill in the blank (with as much as you’d like): when I’m not writing, I’m: most likely working my day job, something which usually takes up over 80 hours a week of my time. What little time I have left outside of that I try to spend with my kids. I don’t get to do that nearly enough. Even if it is something simple like a board game, a walk around the block with the dogs, a hike in any of the nearby nature reserves, a day at the beach, or a day at one of the local theme parks.

Amy: In your interview with Brian Paone, you said to be a great writer one should read. When you actually find time to read, what author’s works or specific books do you find having the most impact on your own writing style?

J.M.:  In terms of voice, probably Stephen King. His stories tend to have a personal feel, as if someone were there with you, telling you verbally. While I don’t consciously try to imitate that, I can definitely see it when revising my work. It makes sense since he is probably the author I’ve read the most of. King tends to not have a lot of plot twists, or inter-connected details though, and that is something I try to do. Hard to tell where I pull that from, exactly, but I have read a lot of GRR Martin and Michael Crichton, so perhaps from them. I generally like to surprise the reader, as well as convey a strong emotion and/or message. I’ve read most of Shakespeare’s and Poe’s works, am a huge fan of Jean Auel, JRR Tolkien and H.G. Wells. I think it’s safe to say I have many influences.

“A reader lives a thousand lives before he dies… The man who never reads lives only one.” – George R.R. Martin, A Dance with Dragons

Amy: And what about the books from your childhood? Name a single favorite book from that originally fortified your desire to write.

J.M.: Wow, just one book, eh? The first epic tale I read at the age of 8 – “The Hobbit” by JRR Tolkien. That carried me away, and my like for reading grew into a passion with it. It is then I realized the power words have to create new worlds, and I knew this was something I wanted to do. I have to give an Honorable Mention to the relatively unknown “Beautiful Joe’s Paradise” by Marshall Saunders, also read around the same age and inspired me almost as much.

Amy: Thank you! Before we end, what would you like readers and followers to look out for in the near future from J.M. Ames?

J.M.: There are four more stories I am hoping to publish this year:

The Snow Bride – Ajir stops by the desolate Tsas Ber Tavern after a long mining contract to satisfy his appetites for food, wine, and women, and ends up giving back more than he took.

Blind – After losing the love of your life and therefore yourself, can you ever be found again?

Not Yet Dark – When you believe your entire culture is being destroyed by another, what would you do to fight back?

Fourteen Years – Nonfiction Biography, co-authored with my best friend since we were 4. After a long night of celebrating, a single car accident leaves one man dead and his friend maimed for life – physically, mentally, emotionally, legally, and socially. This is about his fourteen-year recover, and all the challenges that came with it.

Amy: Thanks again for your time, J.M., and best of luck! We look forward to reading more from you! 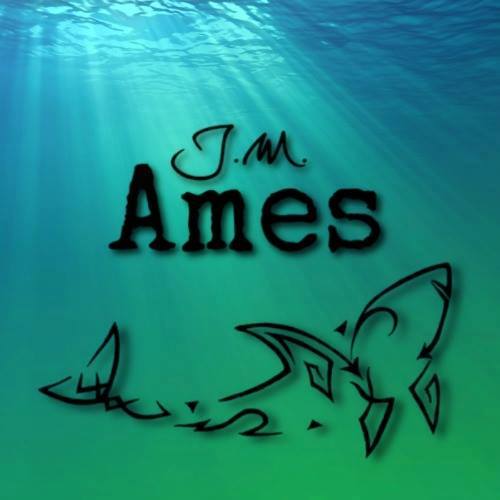 J. M. Ames is a multi-genre author native to Southern California. He has multiple publications dating back to 2016. When not working his day job or enjoying his fatherly adventures, he writes short stories and novels, including an upcoming series. Feel free to contact him at JMAmesAuthor@gmail.com or visit jm-ames.com for more information and links.

Thirteen Movies I Can’t Wait to Share with Our Kids