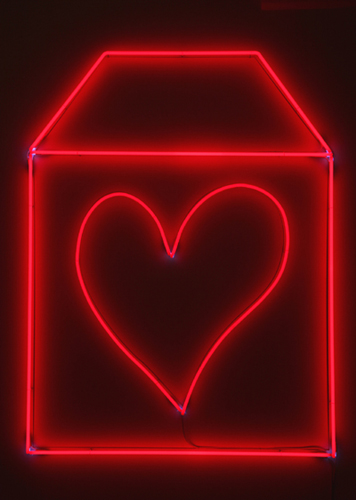 At birth I was given the name Amy Beth. My mother would tell me from there on out that it translated to “House of Love.” It’s true; loosely translated, and in two different languages, it means something like that. But what I honestly think is most important about my name is its intended meaning.

My mother grew up in a household that was filled with anything but warmth and love. I know my grandparents, passionate Israelis who had made their way to The Valley in hopes of a better life, fought quite a bit. Mom grew used to tumult, so when she met my Dad his alcoholic and lothario tendencies were not as much of a deterrent as they should have been. And, by the time I was born, my parents were divorced. I was born into a broken home rather than a House of Love.

The small, dysfunctional family I grew up in bred mistrust. When it disbanded in 2007, I was left with a choice. Do I continue down the path of isolation because I don’t trust people, or do I make decisions that allow me to learn to trust and unconditionally love others (as well as myself)? At this exact time I can clearly remember hating my name. It seemed to mock me. I was bitter for that and so much more.

But as time went on, and I learned what true love was, I realized that by dubbing me “House of Love,” Mom shared with me the one wish she had always held so dearly in her heart: that I be given a home filled with unconditional love. And by something like the self-fulfilling prophecy (and making the choice to be happy), I have realized that my biggest goal in life is to break the chain of tumult and mistrust. I deserve better, and so does my family. I will wear my name proudly as a badge of courage to break the chain of abuse.

Things I’ve Learned from my Children