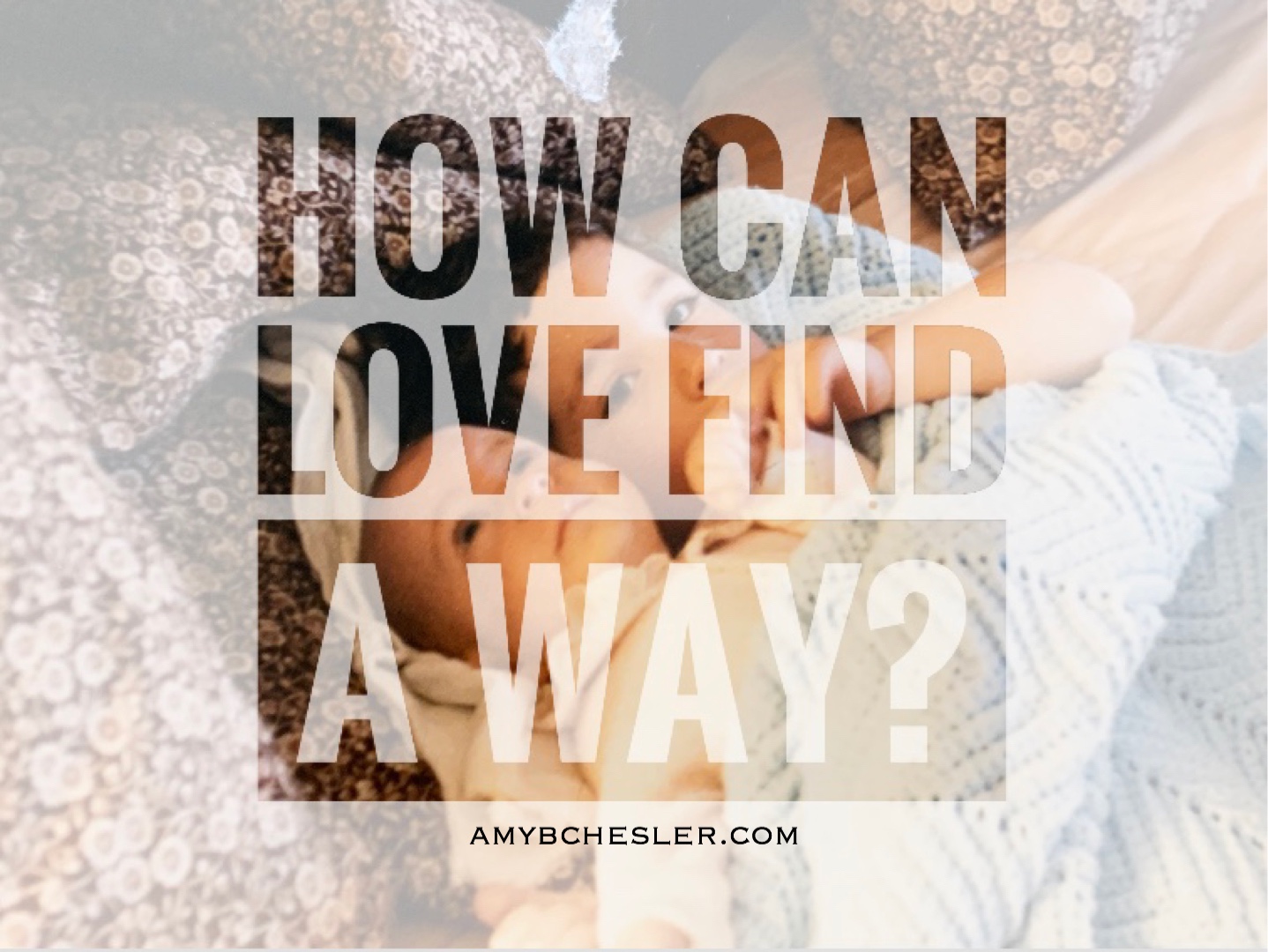 How Can Love Find a Way?

A few years ago I wrote a piece called “Where Does Hatred Come From?” In it I discuss my mother’s murder and what (I think) compelled my brother to do such a thing. But something else has been on my mind, a question I get quite a lot that usually makes my heart race and my tongue trip up:

“How on Earth did you survive?”

Let me begin by saying that if I’m being totally honest, it still feels some days like I haven’t. Survived, that is. The cycle of abuse is a road that is twisted, long, and arduous. I am still traversing it, and live with the bits of shame that victims often do. On other days, however, I have an answer to the question everyone is really asking – how do two people born from the same parents go in such vastly different directions: one a murderer, the other a motivator?

In more general terms, “How Can Love Find a Way?” 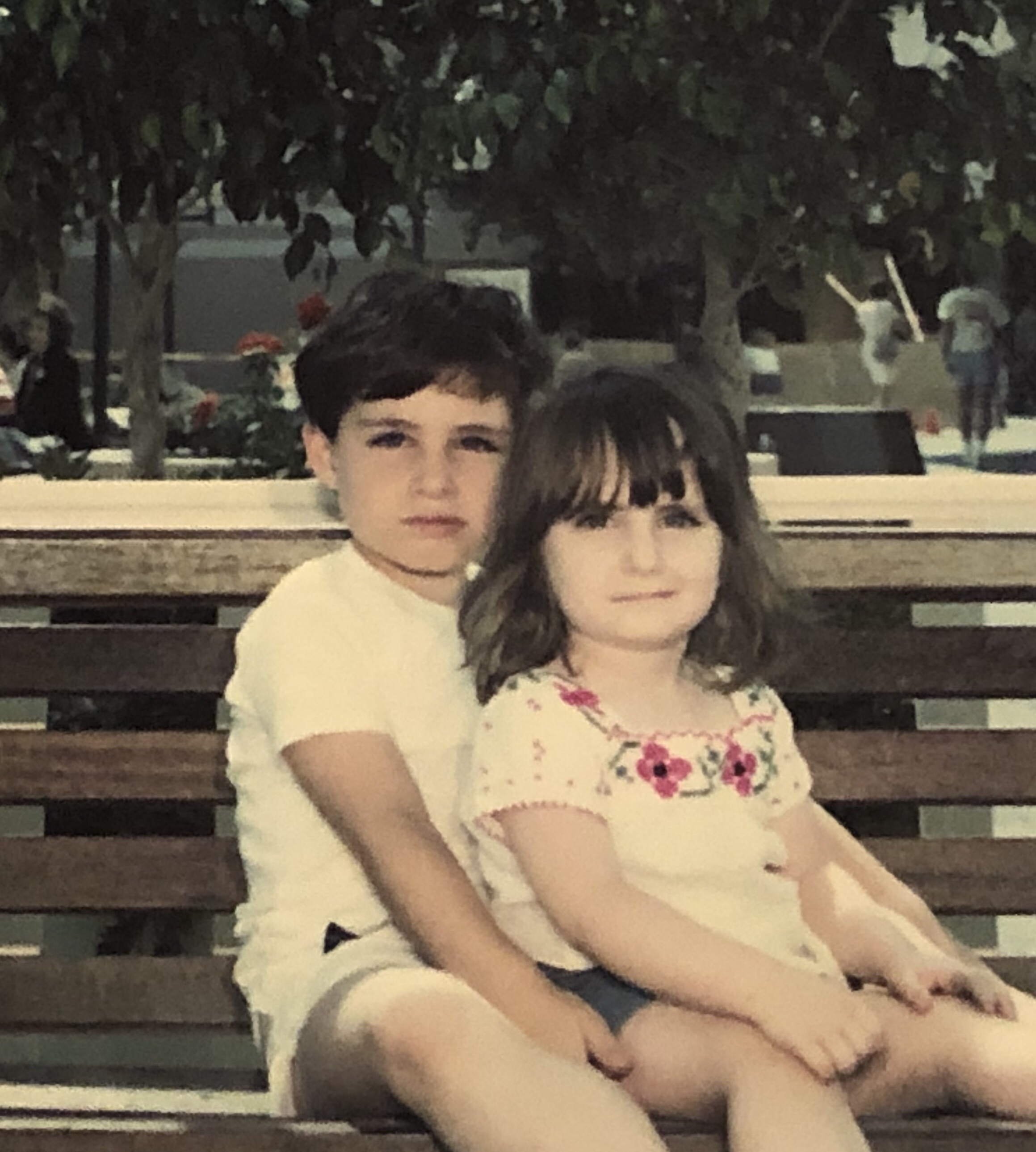 The reality is, it’s almost so simple it’s painful. The answer is that love and hate are both born from attachment.

See, for almost every experience my brother had where he felt alienated and different, I had one where I felt accepted or celebrated. Or maybe even just O.K. with being different.

I came second. By the time I was born, my parents had been separated for a year. They were divorced when I was two, but my dad never lived with me. So, his absence wasn’t an absence to me, it was my norm. Thus, when dad ripped himself from our lives, it was only devastating to one of us. 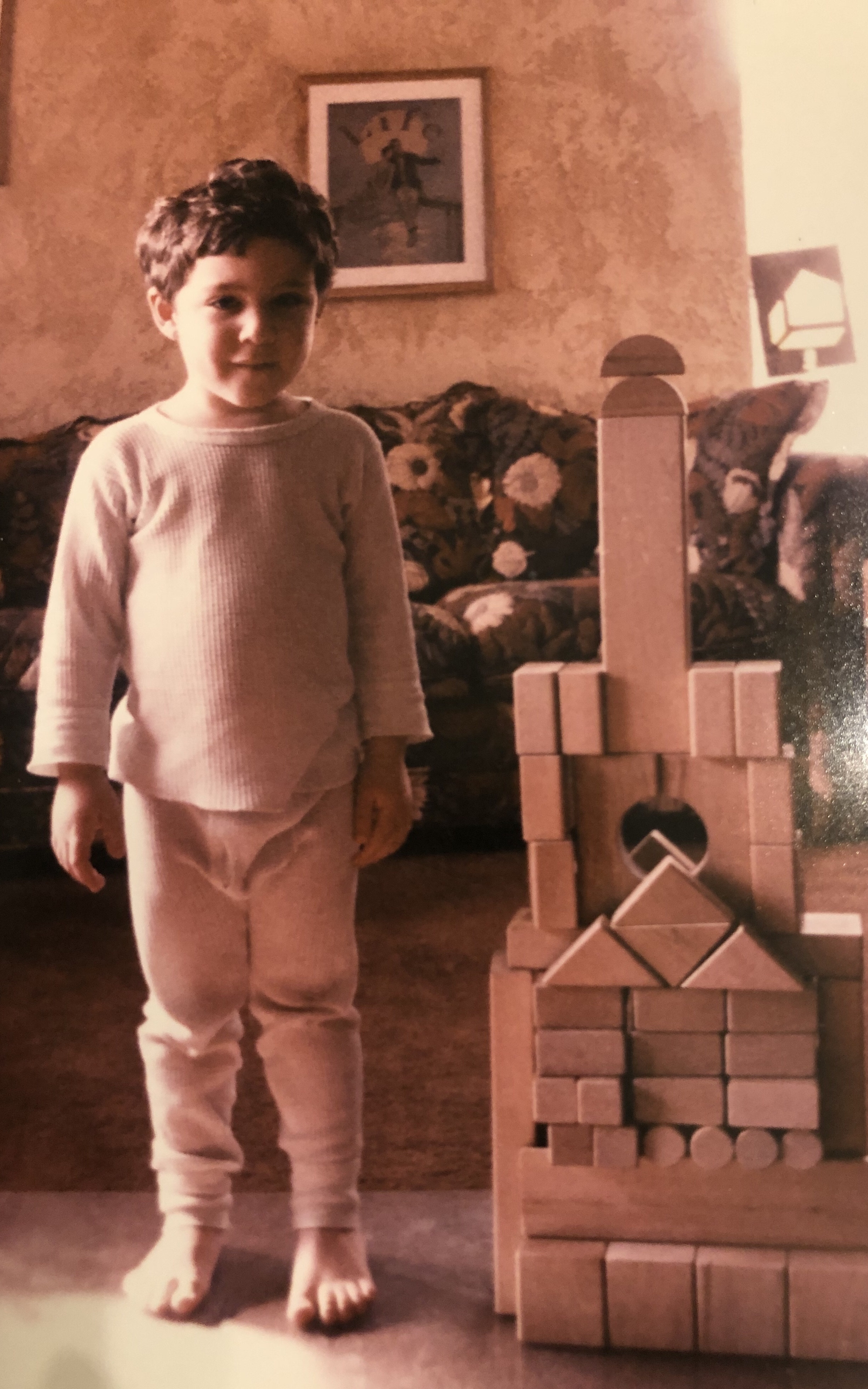 Then came all our moves. Within my first sixteen years of life I lived in eight homes. I got used to change, and loved switching schools or classes. It gave me the chance to reinvent myself and make new friends. Jesse, however, was a bit of a pariah. Not by choice, of course, but by social design. He was short, chubby, and an easy target. I was short, chubby, and an easy target, but apparently the world thought that was more acceptable in a girl. I got bullied less and made more friends. So, when people didn’t allow either of us in to their lives or picked on us because we looked a little different, it was only really devastating to one of us. Especially since he had already been rejected by our father.

Soon, my brother started attempting suicide. He was institutionalized and given “help.” Here, at these bleak homes for ‘troubled youth,’ he learned to believe he was even more different than he could have imagined. That now, with a triple diagnosis of “mental illness,” he’d never really escape. This was probably the worst time of Jesse’s life. My dad never visited him; Mom and I were the only ones that seemed to care. And so, while I was in middle school, I visited mental institutions and wrote him letters, begging him to stay here with us. He would keep one of those notes in his wallet for years. Through all of this I learned how dark people can feel. But more importantly, I learned how good it felt to give people reprieve from their darkness. These failed suicide attempts were devastating for him, and of course, extremely devastating to me. But I had my studies to throw myself in to and excel at and friendships to seek asylum in. Thus, it was really only life-damaging for one of us. Especially since Jesse had already been rejected by our father and peers. 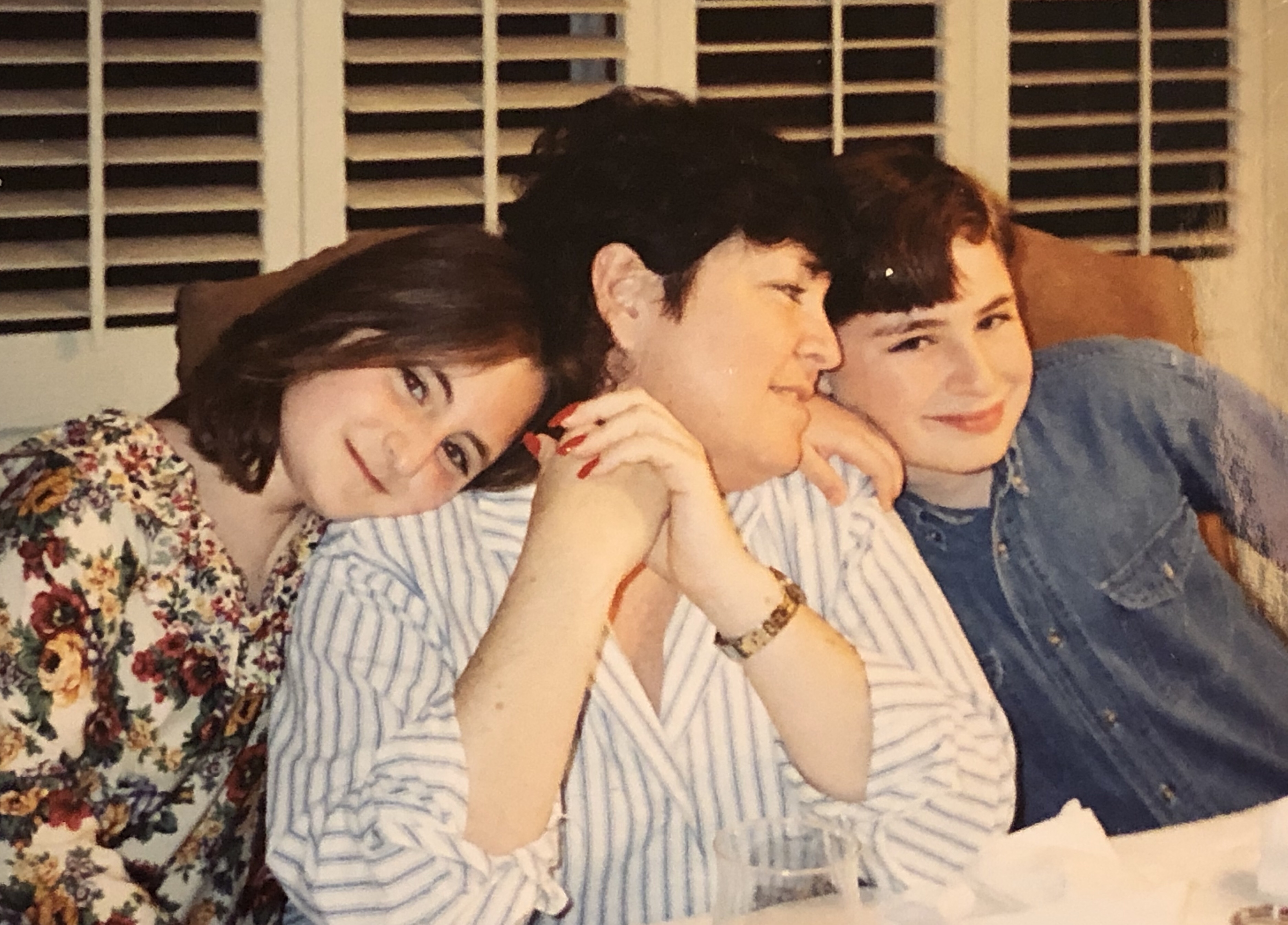 When my brother left high school after being told he didn’t fit in to the mold they provided, he eventually found exercise and drugs. He grew fit and powerful, more toxic. He had grown sick of being told by society how different he was, and with his newfound strength his previous shame was gone; now his emotions had morphed in to anger. In turn, he became extremely violent towards Mom and me. We were his scapegoats. There were tires slashed, holes punched in the walls, swift kicks to our guts (literal and figurative), obscenities screamed, and so much more. It was Hell.

Mom, left with little other options, called the police on him several times. When he was released, Jesse slept in an old car he bought from Craig’s List, other times at friend’s houses. But he wheedled his way back home each time, as many abusers do. Then Mom would eventually kick him out again. Within this cycle he somehow found his way in to the army twice, despite a juvenile record of domestic violence.

Mom and I reveled in our freedom from him whenever he was out. Without him home we were able to focus on our personal and professional endeavors. I was sailing through college with a 3.9, was an officer in my sorority, and had a great job working for Arnold Schwarzenegger right out of high school. For every hurdle Jesse had collided with, I was jumping over two at a time. And when he was eventually kicked out of the military a second time for erratic behavior, he came home to find me even more successful. Which made him that much angrier. Especially since he had already been rejected by our father, our peers, the school district, mental health professionals, and now the military.

He brandished his isolation like a sword, swinging it at anyone he saw as a threat, which eventually became everyone. Girlfriends, strangers, it didn’t matter. However, he swung most often at home. Jesse reached out to my dad a few times at this point, but Dad was dealing with his own demons. So, while my brother’s identifying parent was slipping deeper in to a depressive, drunken state far from us, seeing us less than he ever had before, Mom and I grew closer. She and I became best friends. We didn’t speak of our heartache much, because I’m not sure we ever had a grasp on what ‘it’ was, but our bond was deep and inexplicable. We knew we needed each other to survive the toxicity in our lives.Which made Jesse hate us even more. 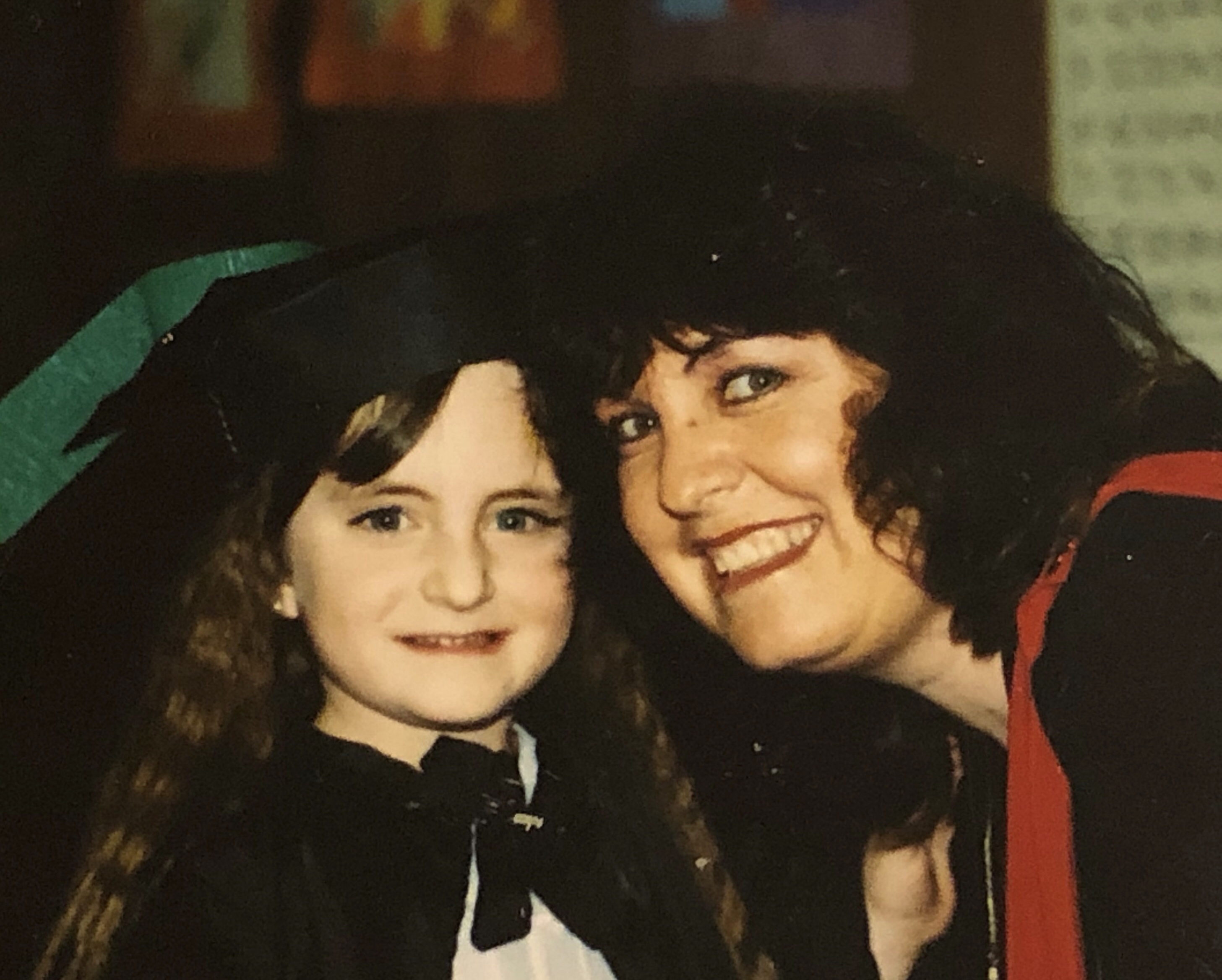 Thus, two weeks after I finished college, Jesse killed Mom. It had been a long time coming; there were aerosol cans sprayed at lighters, knives thrown in to walls, online dating and email accounts hacked and spoiled. And despite my world being rocked, I survived. Because I had been shown in life that bad things happen. A lot. However, they always stop. And there’s always love on the other side. Or on the underside. Or somewhere; it can always be found somewhere. In the encouraging words of a teacher who didn’t know why I was at school as much as possible, but still let me have my safe place. In the stalwart support system of a sorority. In the home of a best friend whose parents may not have known exactly what was going on, yet still had an open door policy. In believing in someone even when they don’t. In my mom’s encouraging words and resiliency. Where there is hope extended, wherever connections are made, love can be found. That’s the answer to what saved me from a life of hatred and bitterness: hope in the form of attachment & love. 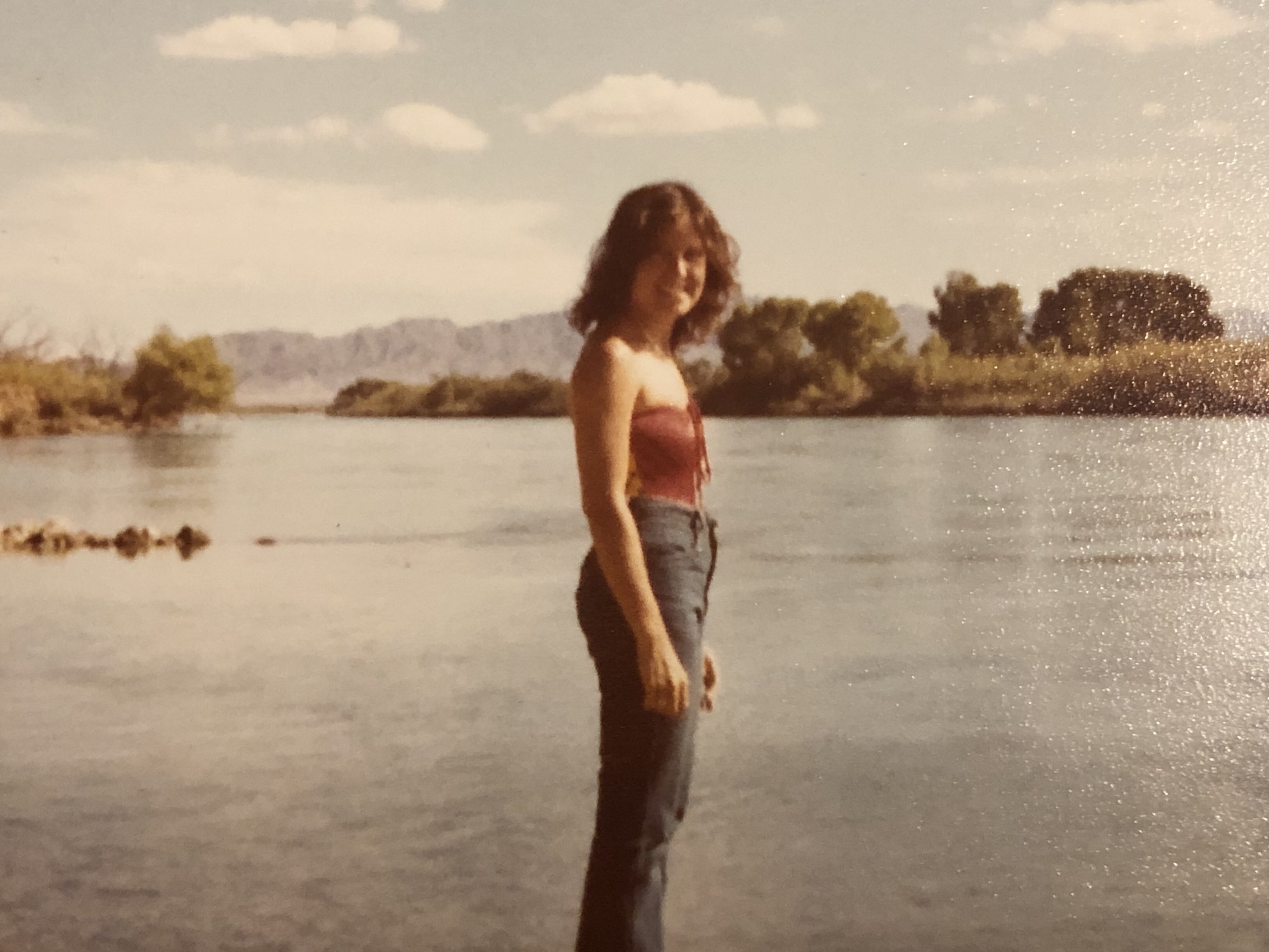 So, remember that next time you see someone who may seem different, struggling, isolated, or even angry. A little love can go a very long way, especially for those who haven’t received much. In some cases it could be the difference between a life of love and a life of hatred.

Thank you to everyone who helped me see the love when it may have been difficult to do so on my own.

If you believe you or someone you know may be the victim of domestic violence, please read the resources on the National Domestic Violence Hotline and consider reporting the abuse to the authorities.

Tomorrow is Another Day