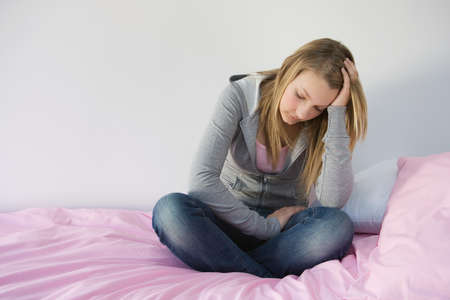 Although I have several faithful people to rely on, I still prefer to do things on my own. I’ve always been this way, even if I am anxious and worrisome as a result. My mother was a strong, independent woman and I always admired her for these reasons. I try to exemplify these positive attributes of hers even if it stresses me out, and it earned me the nickname of “worry wart.” Thus, I am the woman who left the hospital two days after my c-section. I am also the one who decided it was a good idea to take my toddler and newborn to brunch just three weeks into being a parent of two. As I packed them to go the words of my girlfriend who had become a mommy twice over not long before ran thru my head incessantly, “I didn’t take them out by myself for at least a couple months.” Was it really that bad? I would soon find out; the three minute drive was over and I couldn’t turn back.  As we piled out of the car, I started to sweat.

We walked thru the parking lot and into the quaint little cafe that we frequent quite often without being hit. I call that a success. Our venture continued with us being seated. My luck continues!… And then shit hit the fan. Moments in, and by moments I mean a mere five to seven seconds into our peaceful brunch date, I poked my toddler in the eye. Doesn’t sound so bad, because let’s be real, we’ve all done it. But it actually kinda was. The poke was deep enough to lodge one of her incredibly long eyelashes into her eyeball. The little sucker slid under her lid and it took a good five minutes of crying to dislodge it. But the damage was done. She was in a pissy, whiny mood. You know the, I don’t give a shit about life because I haven’t eaten yet today, Kinda mood? But like, ten times worse because it’s not your husband – it’s your toddler. Thankfully, my only stroke of genius that day was to allow my daughter to bring with her to the restaurant only what she could carry in her tiny, little arms. So she brought a huge puzzle. Was it a logical choice? No. But she’s two. And it ended up being awesome because the very moment I pulled it out, her incessant whining ceased. However, it was then that my three week old started crying.
Enthralled in her puzzle, I was bought some time. She would be occupied for at least ten minutes. Would the food come before that? Would Adam stir in his car seat again once I rocked him back to sleep? Would I have to eat my breakfast over his head while breastfeeding, hoping not to drop runny eggs on him? Why the hell do I always order runny eggs? All of these questions flashed through my mind. As I attempted to quiet my newborn and do a Paw Patrol puzzle with my daughter, I couldn’t help but day dream of being somewhere far, far away. I closed my eyes and imagined mySelf on  a remote island, laying on a chaise lounge, sucking down an incredibly tasty but strong pina colada, listening to Bob Marley. When I gathered the courage to open my eyes again and take it all in, I couldn’t help but laugh. The scene before me was actually quite comical. My first time around I would have worried about having the cranky baby at the brunch table, but this second time at the rodeo is drastically different. I sat back with a silly grin and acted as audience member to my own sideshow. With a diff lens it was actually pretty hilarious, the disheveled woman tending to the the puzzle-doing, eye-rubbing toddler and the hysterical infant. Let me tell you, it felt a whole lot better to laugh than stress about it all.
In the end, I had to nurse my son before the food came. He was still nursing when it got there. And he was not done nursing when I wiped the runny egg off of his onesie. After my daughter got some food in her system she was no longer scary mean either. So, despite having a rough start, all’s well that ends well, I guess. That’s the key to keeping your sanity as a parent, right? Just know that Shit will hit the fan. Pretty often, most likely. But, as Bob Marley said, “everything’s gonna be alright.”
adulthood aging child children coming-of-age content family happiness hard lessons learning lessons life love mom motherhood parent parenthood parenting parents
Next PostHow to Poach an Egg (Thus Making Every Lunch Infinitely Better)
Previous PostWhere Does Hatred Come From?