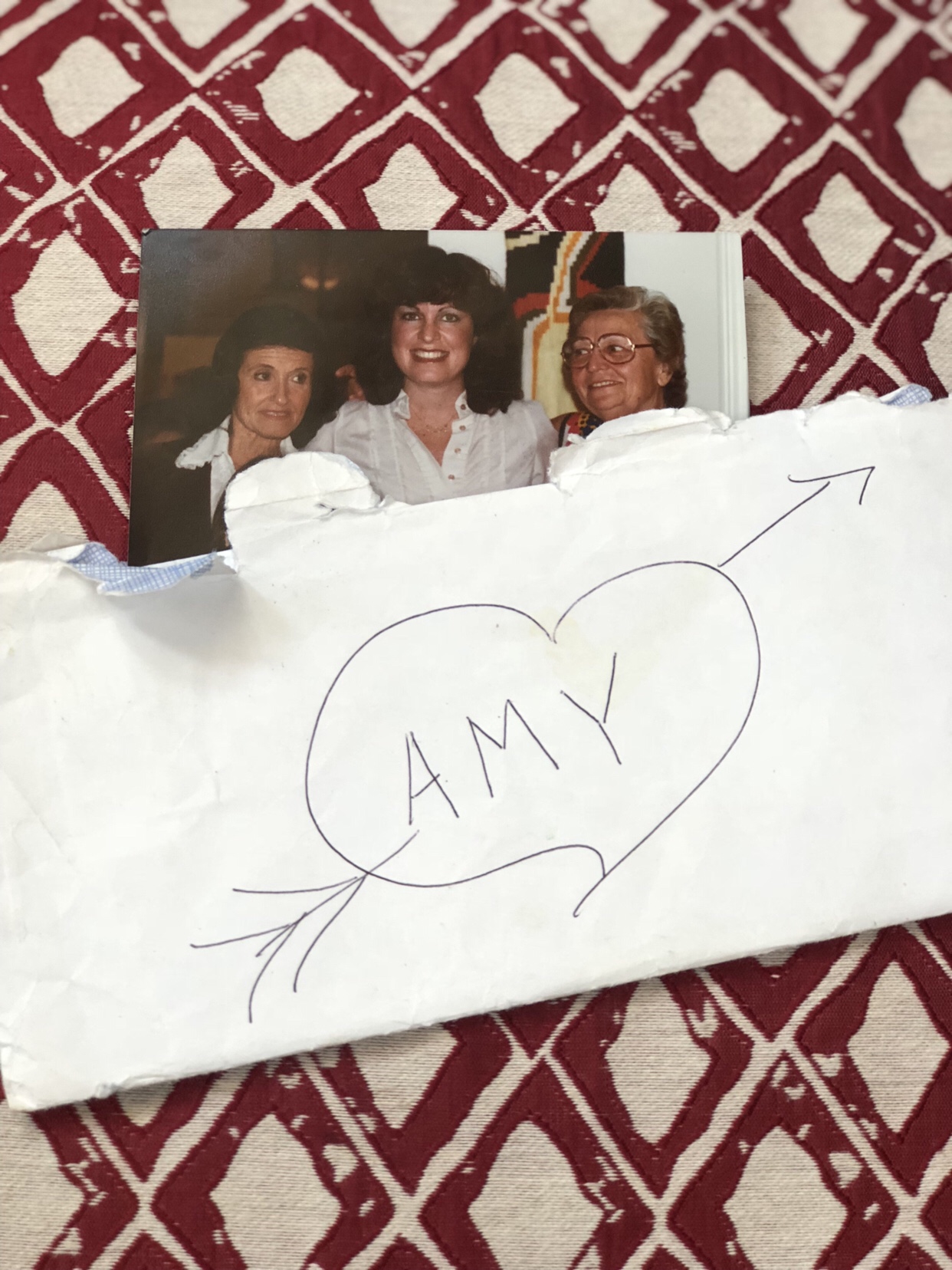 An Open Letter *From* My Deceased Mother

Not long ago I shared an open letter I wrote to my deceased mother. And as my latest Expressing Motherhood piece mentioned an open letter she wrote me that was read at a graduation-related event, I thought that it would be fitting this year (on her death date) to share it.

When you arrived on December 24th, 21 years ago, I knew you would be destined for greatness!

My mother said, “I cook chickens for dinner that are bigger than that!”

I said, “Her entire head fits in the palm of my hand!”

Yes, Amy, you were small, but as people say, “The best things come in small packages!”

We brought you home ten days later, nameless. I searched high and low for a name that would best suit you, to no avail. Until your brother Jesse came to the rescue and said, “I think we should call her Amy.” And so it was, you were named Amy.

Once you had the first name of Amy, how more befitting would it have been, but for me to call you ‘Amy Beth.’ And so it came to be, your name was once and for all, decided by a joint venture of your brother and me. 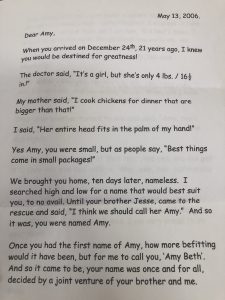 Now, being that you came early, a month early, that should have been a sign. Unfortunately, I was not in tune with human nature then, as I am now. But had I been, I would have known some things about you early on. As things go, not only did you mature emotionally, psychologically, and intellectually early, but also physically!

I remember driving in the car one day, when you were only 5 years old, and you saying to me, “Mom, will I have my period by the time I’m in college?”

Then your brother turned to you and said, “Amy, don’t worry, you’ll get it way, way, way before then.” And he was right.

But now, as you are nearing the end of college, I must say, the things you have accomplished have definitely been filled with greatness! And I am very proud to be your mom! 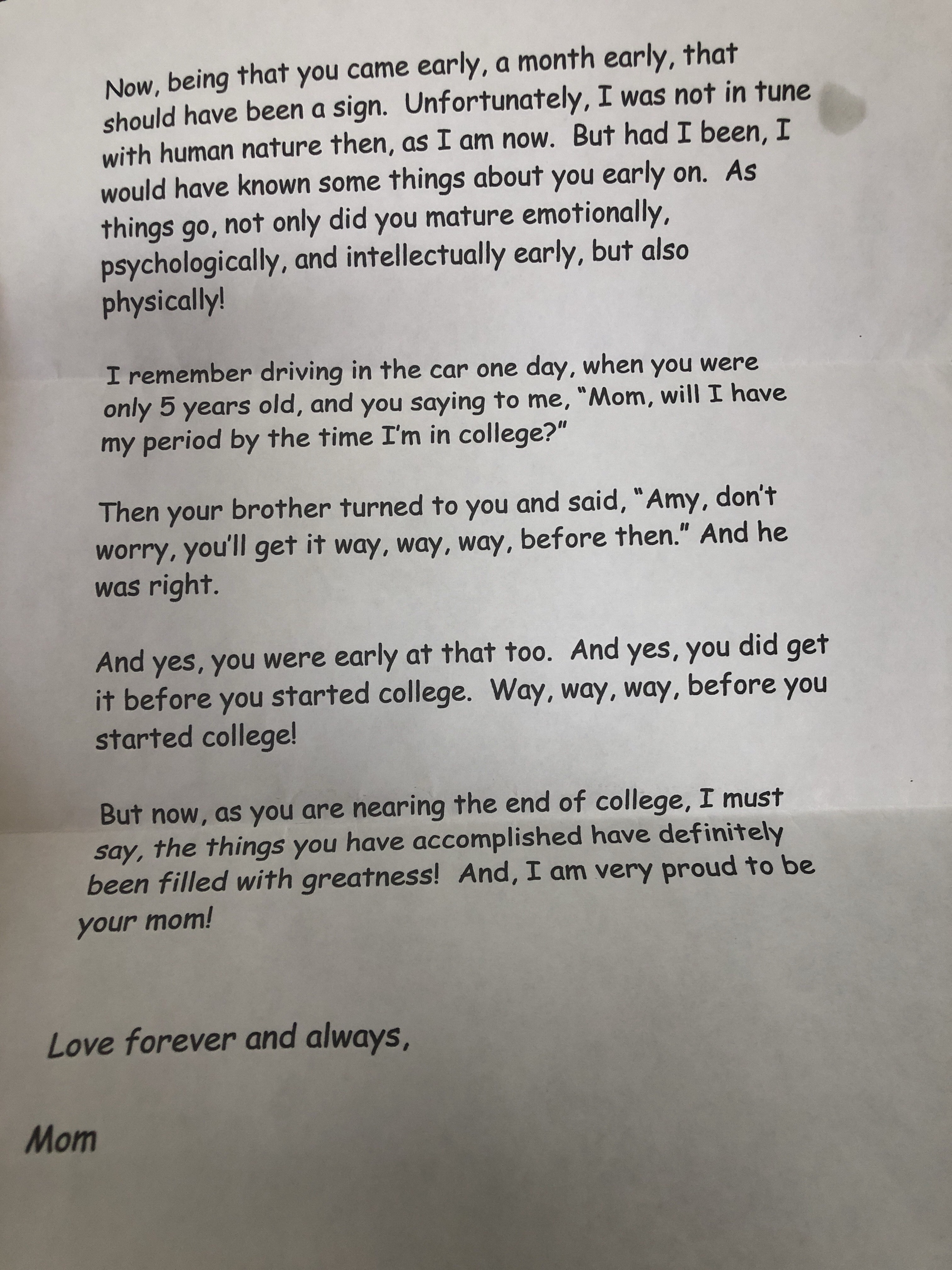 …. So, now you know. I got my blatant honesty and penchant for over-sharing from my Mama. And I’ll probably never stop, because it’s how I keep her spirit alive.

Chicken Soup for the Soul Round-Up

“And Justice for All”